Who is lew williams?

"An Educational Giant in Pinellas County."

With the odds stacked against him, Lew Williams was what many would call a “disadvantaged child.” However, while attending Jones High School in Orlando, a teacher saw his potential and encouraged him to pursue his dreams. This wonderful teacher paid for Lew’s freshman year of college at Allen University. That belief in his potential helped Lew go on to become a teacher, principal, Director of Operations, Associate Superintendent, Area Superintendent and finally a member of the Pinellas County School Board.

Lew wanted to make a difference in the lives of children, specifically those who were at a disadvantage. He was the catalyst in several local programs including a county-wide S.T.E.P. program at Pinellas Park High called “Targeted Talent,” a program designed to help identify African American students who could excel academically if given the opportunity. He began a program at Seminole Middle School without any county funds called “Saturday School,” and was part of the first “Peer Evaluation” program for Pinellas County principals.

Lew was equally active in his community. He served on various boards and received multiple awards for his service. He was married to Arthurene and had two children, Brandon and Brandi. While serving on the Pinellas County School Board, Lew was not an outspoken member but when he did have something to say, his fellow board members listened. His love of children and dedication to improving education in Pinellas County will be missed. 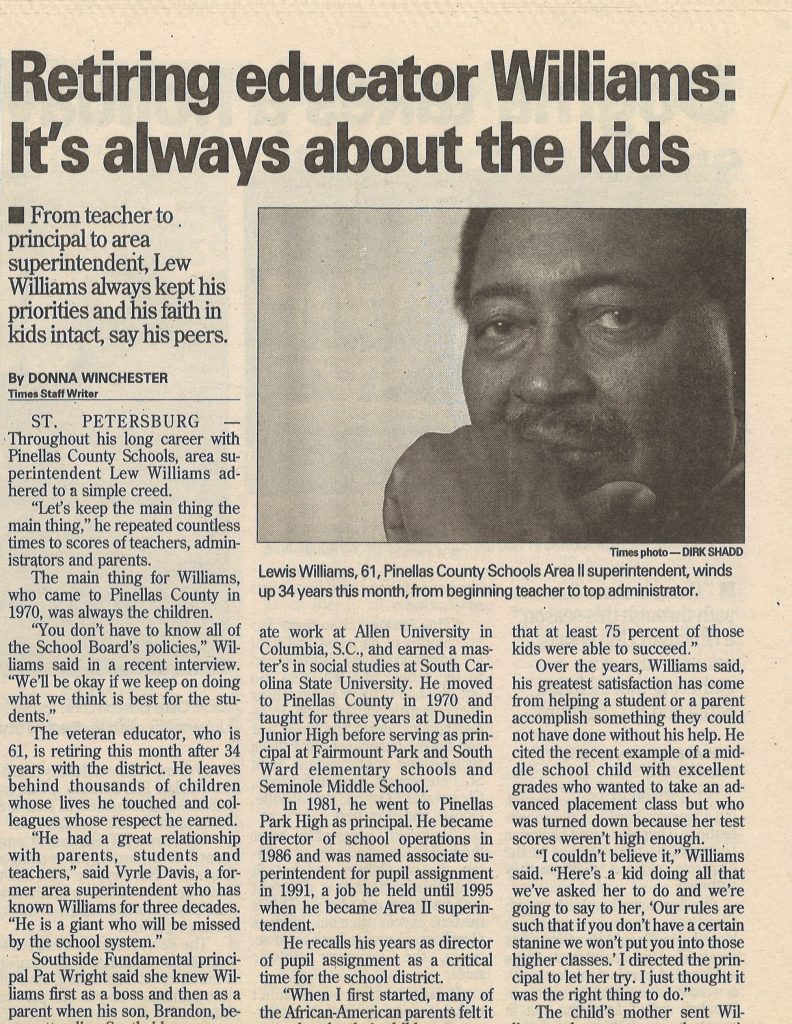